If you’re a close friend of mine, you would know that a black box of Macarons have been my wallpaper since I was in college and upon closer inspection you will notice that the black box is from Laduree. After seeing them in Singapore and doing my research on the brand I knew that no other brand can embody me than Laduree. French, vibrant and romantic, three words that describe this brand (perfect is the fourth word to describe it).
I fell in line right when they opened their glorious doors to Manila because… I had to. They’re located in 8 Rockwell where Lanvin and (the soon to open) Balenciaga are located. It’s a short walk from Power Plant.

Also, can we talk about that French cutie? HONESTLY. First macarons, now the grace of this Laduree Chef-looking person? Thank you Laduree, for all things great in life.

They don’t sell the food-food Laduree, this is (just) Laduree desserts and macaron heaven. They also sell Laduree tea, Laduree candles (if you want your home to smell like heaven) and Laduree merch. Again, these things don’t come cheap. One key chain is Php2,000++, that can actually buy you box of real macarons already but if you want something that won’t disappear after eating, the keychain is the way to go. 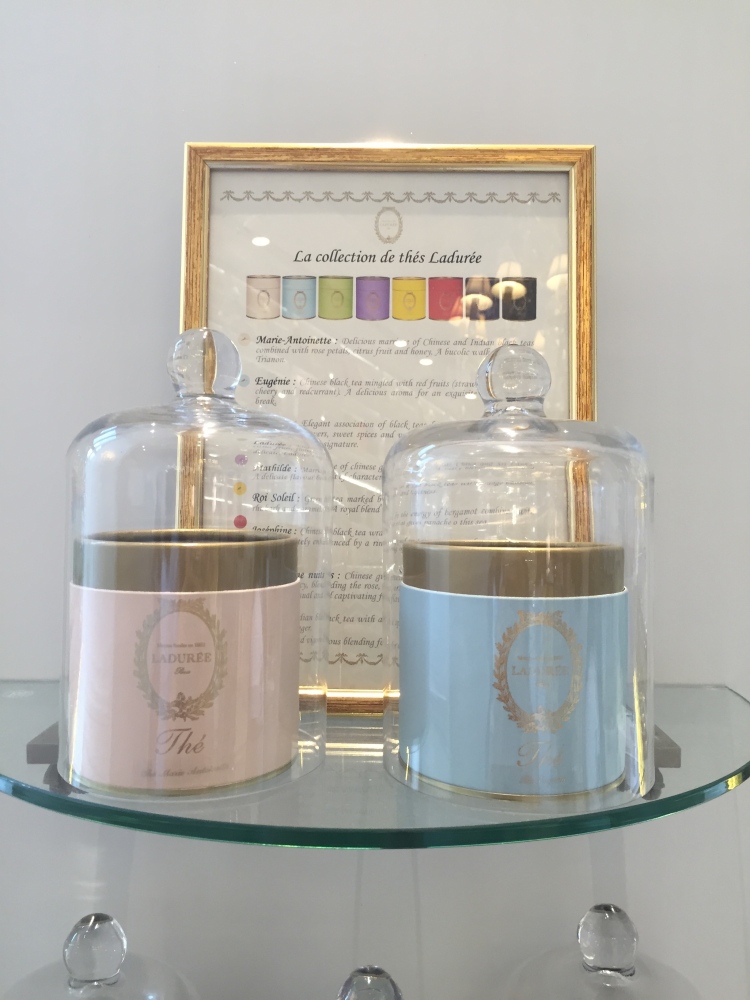 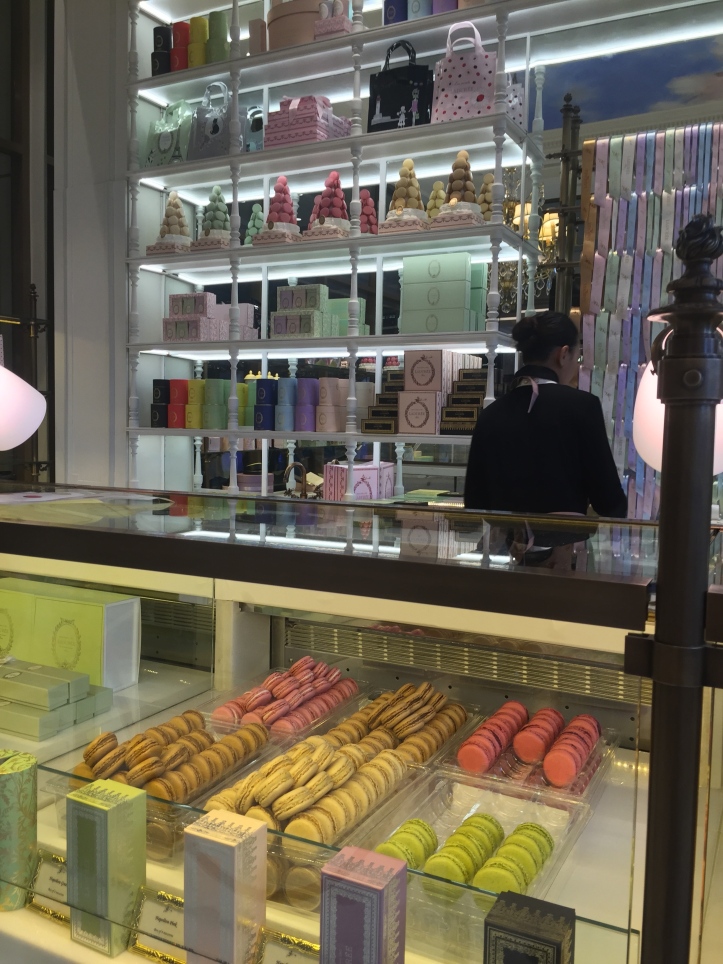 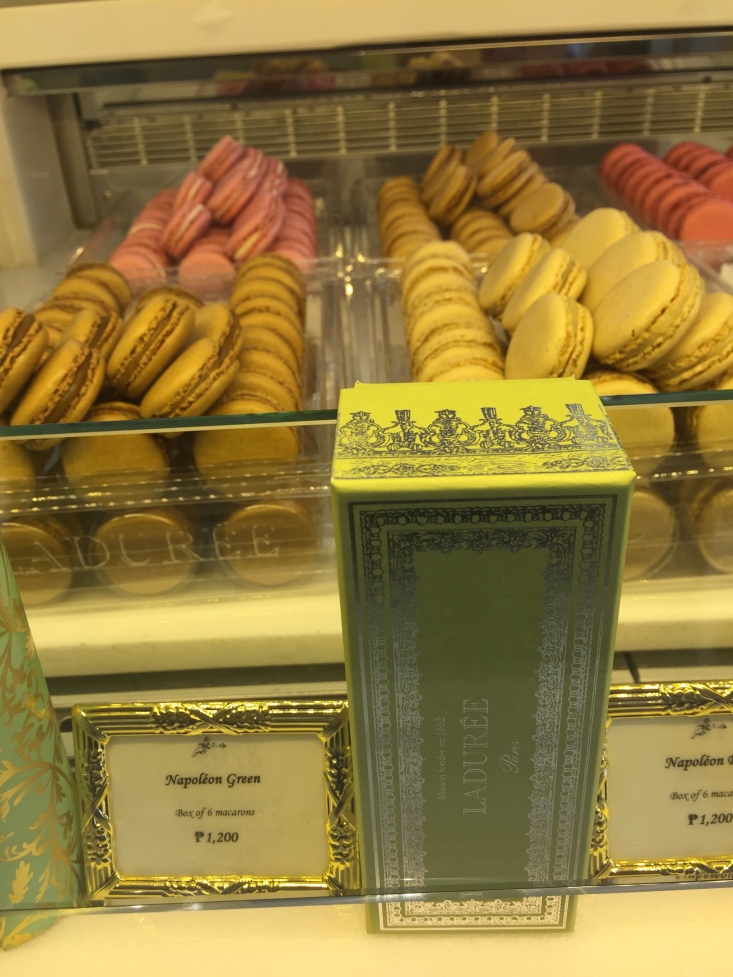 Given the luxurious space and the brand being itself, it does come with a price. I purchased a box of 6 for Php1,060 which is a bit expensive but if you have to pay the price to get a taste of heaven, right? It’s Php150 per macaron but since I really wanted the Napoleon box, I had to pay a bit more.

I got Toffee, Earl Gray, Salted Caramel, Raspberry, Strawberry Candy “Guimave” and Marie Antoinette. THEY WERE ALL SO GOOD. It’s like macarons from the tables of the gods. They’re crisper and creamier than most macarons I’ve had. Also, they have seasonal flavors so there’s more reasons so drop by! 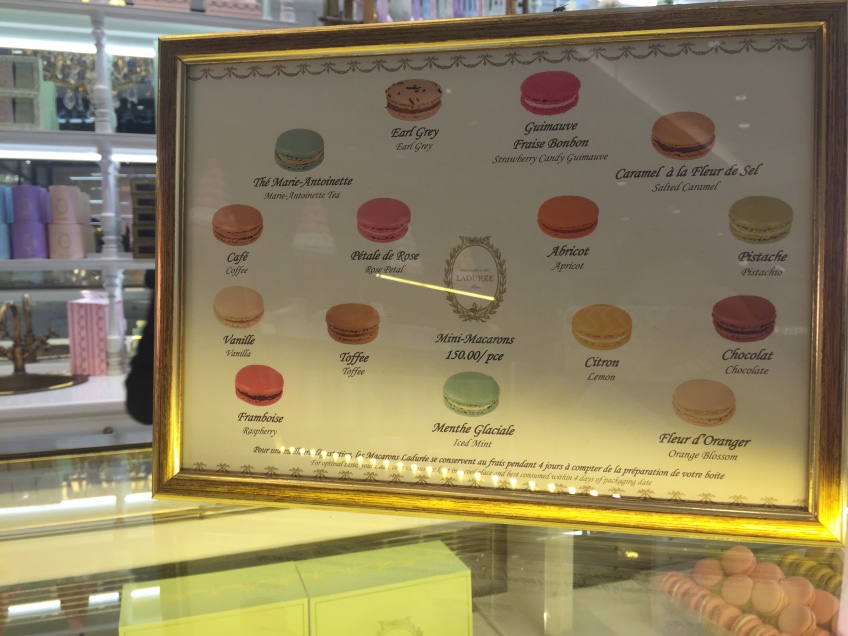 Laduree is so perfect. I have said it before that if I was going to be a brand, this would be it. It’s so perfect and breath-taking! If you’re a guy and want to impress a girl, ditch the flowers and go for a box of Laduree, trust me, she would love it (I know I will!). Also, the box and the macarons are totes Tumblr-ready! I suggest that you have some photos taken before consumption! More of photos like these in my Instagram! Queen B sure loves it!

Much love from heaven,
LMTP.

FRESH OFF THE PRESS